Observations of organisms in their environments are the raw material of much of our scientific knowledge and an important starting point for generating hypotheses. By publishing natural history observations, we can document important aspects of species’ ecologies, from the effects of global change to novel behaviors.

For instance, much of our knowledge of which species use artificial light at night (ALAN) and how they use it comes from natural history observations.

Oriol Lapiedra and I recently submitted the first observation of Anolis stratulus using ALAN for publication.

With the ubiquity of devices that record digital videos, documenting and sharing observations of novel behaviors is simple.

Mark Herr (an undergraduate researcher), Sean Graham, and I published an observation of this previously undocumented defensive behavior in Herpetological Review.

Natural history collections (NHCs) contain biological specimens and are a critical resource for much biological research. However, maintaining and growing NHCs has become more difficult, and their ability to support current and future research can be compromised. I recently co-authored a paper with other NSF post-docs outlining these challenges and laying out ways to support NHCs in the future which was selected as Editor’s Choice in BioScience.

One of the great advantages of natural history observations is that they can be made and published even by folks without extensive scientific training. As such, natural history is a great entry point into “real”, peer-reviewed science for undergrads and citizen scientists. Seeing a publication with your own name on it is an inspiration for aspiring scientists and a great confidence builder!

Nathan Campbell, a student at G. Holmes Braddock Senior High in Miami and Lizards on the Loose participant, published this first observation of cannibalism in Anolis cristatellus in Florida with James Stroud and me.

Even documenting the existence of species at a given time and place can be of scientific importance. Distributional notes can help inform management by indicating where species are found and are key in documenting the spread of invasive species and constructing dispersal histories. 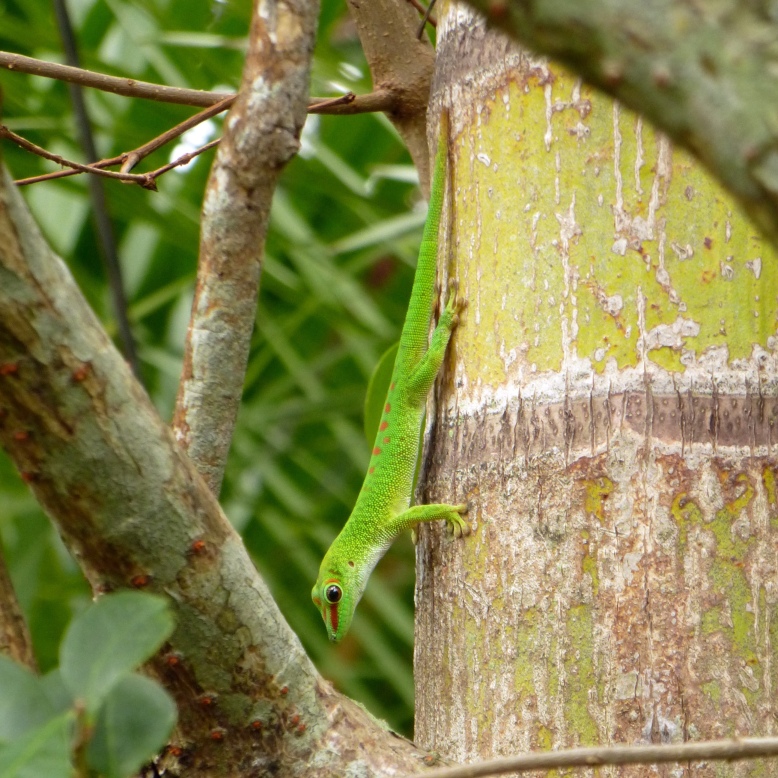 I documented the first known occurrence of the Madagascan Day Gecko (Phelsuma grandis) in Miami-Dade County, Florida, with James Stroud, adding to our picture of the habitats this non-native species uses in the U.S.